The lighthouse operated between 1878 and 1931 to mark the narrow passage between Lake Albert and Lake Alexandrina. It also served as a navigation aid for traffic on the Lakes. 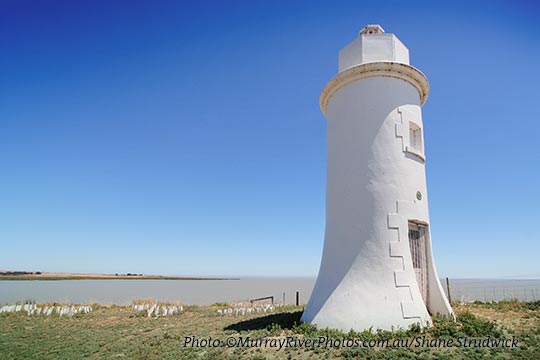 By the early twentieth century the paddle steamers Judith, Milang and Murray were carrying passengers, goods and mail up to three times a week between Milang, Narrung and Meningie. 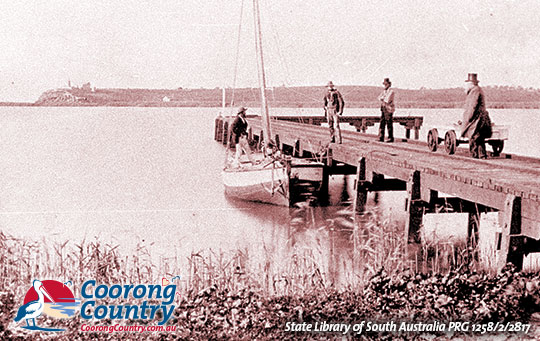 The Point Malcolm Lighthouse and keeper’s cottage were constructed by Richard Tenouth, a well-known builder from Strathalbyn.

The tower is seven metres tall and was first operated in February 1878. The original white light revolved every ten seconds. It used seven gallons of mineral oil per month and had a visibility of ten miles. In November 1887 the lamp was altered to a fixed white light.

The keepers were self-sufficient and even sold extra craps. They stored the perishables in a small cave until a boat called to transport them to other settlements.

The lighthouse was turned off in September 1931 because of a decline in vessels using the Lakes. An automatic ‘light on a pole’ was installed to guide commercial and recreational traffic using the river and Lakes.

Nearby Poltalloch Station was established in 1839 by Neill Malcolm of Poltalloch Estate in Scotland. Today, it is on the Register of the National Heritage Estate. Unfortunately you can no longer visit the station but you can enjoy its history. 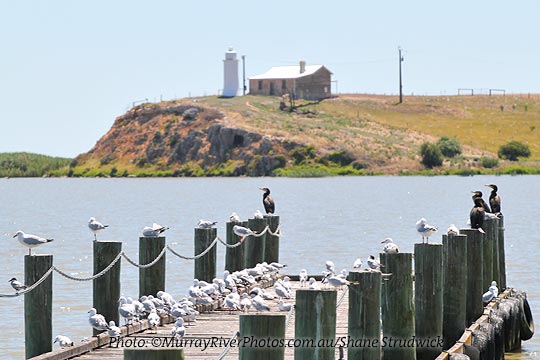